Be well....with Dr. Dunn Unleashing your inner Superhero with Chiropractic

Would you like to switch to the accessible version of this site?

Don't need the accessible version of this site? 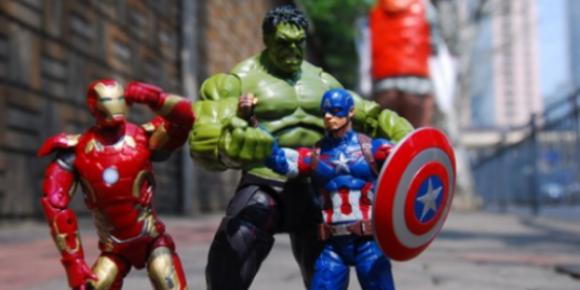 Stan Lee, the late great creator of Spider Man, Iron Man, Hulk, X-Men and many other Marvel Comics superheroes once said that, “A superhero is a person who does heroic deeds and has the ability to do them in a way that a normal person couldn’t. So in order to be a superhero, you need a power that is more exceptional than any power a normal human being could possess, and you need to use that power to accomplish good deeds.

Based on that definition, I’m no superhero. But several years ago I was.

I was telling a patient the other day about one of my favorite stories from my 30+ years in practice. About 10 or so years ago I was out for a long run on a Saturday to help work off some stress and get a workout in and I had the good fortune to miss a phone call from a long time patient. Why, you might ask, was it “good fortune” to miss a call from a patient. It was good because she ended up leaving a voicemail that I was able to listen to many times over.

Let me begin by giving some background. I’ve had the honor of caring for thousands of individuals and families over the course of my career and I’m always humbled when a parent brings their child in for Chiropractic care. I know that a parent “gets it” when they bring their child in not because of some symptom or illness but because they recognize that a properly functioning spine and nervous system is an essential part of helping their child to grow, develop and experience optimal health and potential.

I had one family when I practiced in Des Moines, IA who has always stood out in that respect. Mom and dad were regular patients who got checked and adjusted as necessary on a regular basis. They also brought in their young son too. At some point during their care mom got pregnant with son #2. She continued with chiropractic care throughout her pregnancy and happened to get adjusted the day before she went into labor. Labor and delivery went well without any complications and she and her newborn son were released from the local hospital the day after he was born.

After getting settled in at home later that day she called me to set up an appointment for the next day. This appointment wasn’t just for her though. She was bringing her newborn in to get checked when he was only 3 days old! On that day I had the honor of making sure that he was starting off life in the best possible condition.

I continued to care for the entire family for another 5 years or so when I moved to Charlotte, NC. I was the de facto primary care provider for the entire family. Whether the very active boys had taken a tumble, had a cold or just wanted to stay healthy I took care of them and their parents.

So…back to the phone call. As I stated earlier, it was great call to miss.

After finishing my run on that Saturday I checked my voicemail after seeing that I had missed a call while I was out. Mom’s message was that she had gone down to the basement rec room to check on the boys as they were playing. When she asked them what they were playing her older son replied, “We’re playing super heroes.” Mom then asked her older son which superhero he was. His response, “I’m Ironman!” It seemed like a normal answer for a young boy playing superheroes. Next, she asked her younger son the same question. His answer has continued to inspire me and motivate me to this day. His response, “I’m Dr. Dunn!”

So while I may not be a superhero every day, that day I was. More importantly though, I help my patients fully express their inner super powers so that they can go out and be someone’s superhero too.

Send Us An Email Today!

Find Out When We Are Open